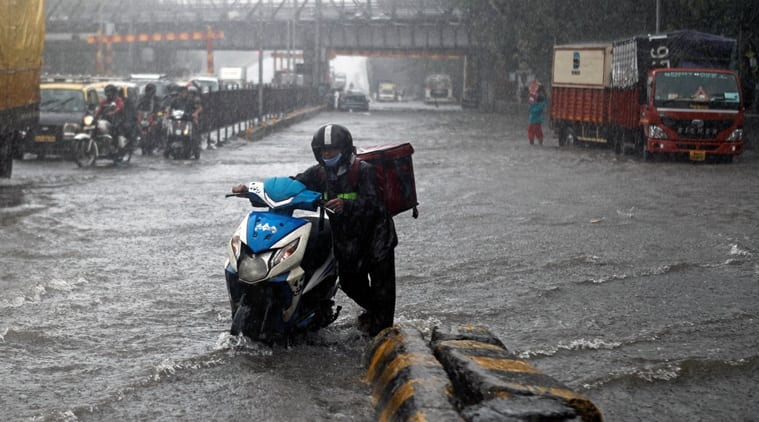 A delivery boy pushes his scooter after it stopped working along a waterlogged road following heavy rainfall in Mumbai, India, August 5, 2020. REUTERS/Francis Mascarenhas

Mumbai’s island city received this season’s most intense showers, recording 229.6 mm rain in nine hours between 8:30 am and 5:30 pm on Wednesday — highest to be recorded in 22 years for August.

The heavy rain and high speed winds caused flooding and massive damage in south Mumbai on Wednesday afternoon. While no injuries were reported over a hundred trees were uprooted. The gusty winds destroyed the iconic signage mounted on top of the Bombay Stock Exchange building.